The Kingdom of France is a proud and very traditional kingdom. It is known that most, if not all of its subjects are of the Roman Catholic faith. The kingdom also maintains strong ties to the Pope in Italy, and are now good allies with the kingdom of England. The country is ruled by the young King Francis, and Queen Mary.

King Francis I ruled for 32 years, and was in good terms with the king of England, King Henry VIII. Francis I had 5 children, including Francis III of Brittany, and Henry II.

Francis III, Duke of Brittany was the first-born of King Francis I, making him the heir to the throne. However, he died at 18, leaving his brother, Henry II, to become the next king.

* 28 October 1533
Italian-born Catherine de' Medici and Prince Henry were married at the age of 14.

* 19 January 1544
Prince Francis, the first child of Prince Henry and Catherine is born.

* 2 April 1545
Princess Elisabeth, the second child of Prince Henry and Catherine, is born.

* 31 March 1547
Prince Henry II becomes the King of France, and Catherine, his Queen.

* April 1557
King Henry singed the Peace of Cateau-Cambrésis to end The Italian Wars, and married his daughter, Elisabeth of Valois off to Spain's King Philip
The wedding actually took place in 1559

*4 April 1558
Queen Mary of Scotland and Prince Francis have a small wedding a court, and agree to take England once their Queen is dead.

King Henry II and Queen Catherine decide to have their first son, the Dauphin, Prince Francis marry Mary Stuart the current Queen of Scotland when they are both of age in an agreement between the two nations.

King Edward VI of England makes an attempt on the life of 7-year old Queen of Scotland, Mary Stuart, while she was living in France. She is sent back to Scotland for her protection.

King Francis I was captured by the forces King Charles V, Holy Roman Emperor, and held prisoner in Spain. To obtain his release, he agreed that Henry and his older brother would take his place in prison. Both boys were held and beaten for 3 years.

* 1557
King Henry singed the Peace of Cateau-Cambrésis to end a war with Spain, and married his daughter, |Elisabeth of Valois off to Spain's King Philip
The wedding actually took place in 1558 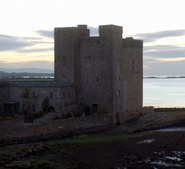 Outside
Add a photo to this gallery

Retrieved from "https://reign.fandom.com/wiki/Kingdom_of_France?oldid=40121"
Community content is available under CC-BY-SA unless otherwise noted.