Charles, Prince of Wales is the eldest child and heir apparent of Queen Elizabeth II. Known alternatively in South West England as Duke of Cornwall and in Scotland as Duke of Rothesay, he is the longest-serving heir apparent in British history, having held the position since 1952. He is also the oldest person to be next in line to the throne since Sophia of Hanover (the heir presumptive to Queen Anne), who died in 1714 at the age of 83.

Charles was born at Buckingham Palace as the first grandchild of King George VI and Queen Elizabeth. He was educated at Cheam and Gordonstoun Schools, which his father, [[[HRH Prince Philip|Prince Philip, Duke of Edinburgh]], had attended as a child, as well as the Timbertop campus of Geelong Grammar School in Victoria, Australia. After earning a bachelor of arts degree from Trinity College, Cambridge, Charles served in the Royal Navy from 1971 to 1976.

In 1981, he married Lady Diana Spencer and they had two sons: Prince William (born 1982) later to become Duke of Cambridge, and Prince Harry (born 1984). In 1996, the couple divorced, following well-publicised extramarital affairs. Diana died in a car crash in Paris the following year. In 2005, Charles married Camilla Parker Bowles.

Charles's interests encompass a range of humanitarian and social issues: he founded The Prince's Trust in 1976, sponsors The Prince's Charities, and is patron of numerous other charitable and arts organisations. Charles has long championed organic farming for which he established the Duchy Home Farm, run by the Duchy of Cornwall, which produces ingredients for the Duchy Originals brand which he founded in 1990. Charles has sought to raise world awareness of the dangers facing the natural environment, such as climate change. As an environmentalist, he has received numerous awards and recognition from environmental groups around the world. His support for alternative medicine, including homeopathy, has been criticised by some in the medical community. He has been outspoken on the role of architecture in society and the conservation of historic buildings. Subsequently, Charles created Poundbury, an experimental new town based on his theories, in Dorset in 1993. He has authored a number of books, including A Vision of Britain: A Personal View of Architecture in 1989 and the children's book The Old Man of Lochnagar in 1980. 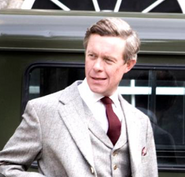 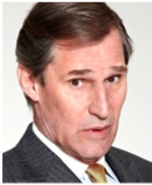 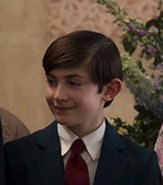 The Crown
TV Show (2016 - 2010)
Add a photo to this gallery
Retrieved from "https://reign.fandom.com/wiki/HRH_Prince_Charles?oldid=41241"
Community content is available under CC-BY-SA unless otherwise noted.