View source
watch 01:33
Wiki Targeted (Entertainment)
Do you like this video?
Play Sound

"You are on the cusp of loosing your country."
—Marie de Guise

Amy Brenneman Guest Stars
Mary’s mother (Amy Brenneman) returns to advise Mary that her throne is in jeopardy. Mary makes a shocking proposition to Condé, along with a bold move to reclaim her throne. Francis moves closer to Lola after a setback with Mary, while King Antoine makes Kenna an interesting offer.

Marie de Guise: You are on the cusp of losing your country.

Marie de Guise: Either you or Elizabeth will rule Scotland and England. Make an heir and it will be you.

Sebastian: I don’t think it’s a good idea for me to go to a social event when the man hosting it knows I killed his brother.

Lady Kenna: How many more battles for you, and lonely nights for me until it’s all done?

Queen Catherine: For the stability of the realm a king's visit to a queen’s chambers must be witnessed.

Lady Lola: It was one night!
Marie de Guise: One night! Don’t flaunt your bountiful womb at me!

Marie de Guise: Do you know what happens to disposable Queens?! They are disposed of!

Marie de Guise: Remember your role in her demise. I know I will.

King Francis: I don’t want to live separate lives, or move on with anyone!... But you do?

King Francis: Did you come to me because you were afraid to go to him, or because you wanted to secure your rule in Scotland?!

King Antoine: Who knew vengeance could be quite so invigorating.

Lady Lola: It's nice that you’re here and want to marry our son to that ugly baby!

Queen Mary: You seem me as a weapon!

Queen Mary: I am utterly alone. But when I look at you, I feel I am better for it.

Lady Lola: He didn’t even offer me a bath! And he always offers a bath.

Marie de Guise: I wanted the world for you. I wanted France and England to fall at your feet.

Queen Mary: Lay down your burdens mother. So I am no longer your worry.

Louis Condé: When I’m near you, I am aware of every breath you take. And when I’m away, even the wind in the trees reminds me of you 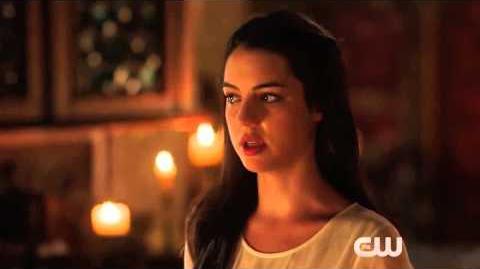